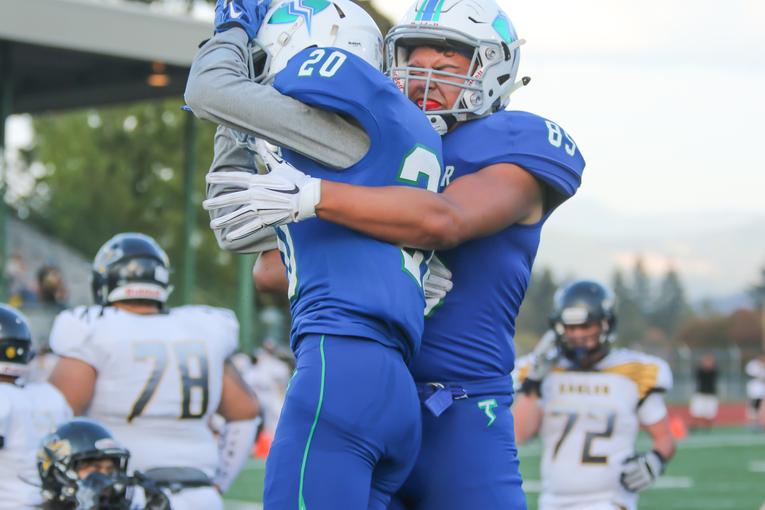 VANCOUVER, Wash. – Mountain View Football used an explosive first half to put away Fort Vancouver early, shutting out the Trappers by a score of 64-0.

Mountain View runs its record to 4-3 overall and 3-0 in the 3A GSHL with two games to play in the regular season. The Thunder are the lone unbeaten team in the 3A GSHL.

Sophomore receiver Darian Chase recorded his ninth touchdown of the season in the first quarter when he stretched the Thunder lead to 22-0 with a punt return for a touchdown. Mountain View led 29-0 after the first quarter.

With two minutes to go in the first half, Mitchell Delmage returned an interception for a touchdown. The Thunder defense followed that with a fumble recovery for a touchdown with 18 second to go in the half to push the lead to 64-0, where it would stay.

The Thunder defense was stifling all night, with a total of four sacks and 11 tackles for loss. In total, the Thunder forced four turnovers and held the Trappers to negative total offense overall.

Mountain View hosts Prairie on Friday, Oct. 21 at McKenzie Stadium. Kickoff is set for 4:30 p.m. The Thunder will conclude their regular season on Oct. 28 against rival Evergreen at 7:30 p.m.