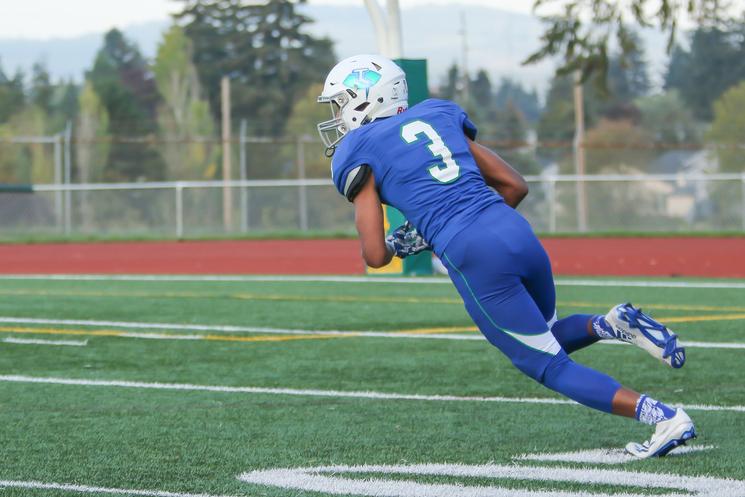 VANCOUVER, Wash. – Mountain View Football continues its season with a tough road test against the Kelso Hilanders on Friday, Oct. 7, at 7 p.m.

The Thunder (2-3, 1-0 3A GSHL) are coming off a 34-16 victory over Hudson’s Bay to open league play, where Mountain View posted 402 yards on the ground and got touchdowns from five different players.

Kelso (4-1, 1-0 3A GSHL) began its league campaign with a 59-7 win against Fort Vancouver on Sept. 30. All four Hilander victories have come in blowout fashion, with wins over R.A. Long, Mark Morris and Centralia in addition to Fort Vancouver. Kelso’s lone loss came at the hands of Lake Washington on Sept. 16.

Mountain View’s rushing attack is led by Junior Perry, who has 456 yards this season, including two 100-yard performances. Perry posted 181 yards in last weekend’s victory over Hudson’s Bay. Senior quarterback Andre Scheer has 447 yards on the ground this season and has surpassed 100 yards in each of the last three games. Scheer has 13 total touchdowns – six rushing and seven passing.

Six of Scheer’s seven touchdown passes have gone to sophomore receiver Darian Chase, who leads the Thunder with 28 receptions for 523 yards. He has scored in each of the Thunder’s five games this season. Chase has also recorded four interceptions on the defensive side of the ball, including one returned for a touchdown in Mountain View’s season-opening victory over Ferris.

Kelso holds a 17-10 advantage in the all-time series between the Thunder and Hilanders. Mountain View has won four of the last five, with the two sides last meeting in 2011, a 45-0 Thunder shutout victory.

Kickoff is set for 7 p.m. Following this weekend’s game, Mountain View will play at Fort Vancouver on Oct. 14 before returning home for its final two regular season contests against Prairie on Oct. 21 and Evergreen on Oct. 28.