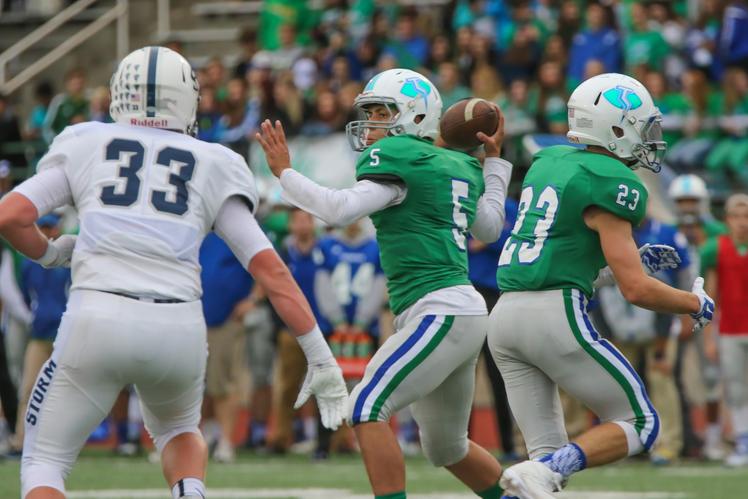 The Thunder are riding a 14-game winning streak over Hudson’s Bay dating back to 1998, with the two teams last meeting in 2013. Mountain View holds a 20-10 record all-time against Bay.

Sophomore receiver Darian Chase leads the Thunder with five touchdowns and 500 receiving yards through four games, and has three interceptions, one returned for a touchdown.

Senior quarterback Andre Scheer is the Thunder’s leading rusher with 326 yards and five touchdowns to go with 636 yards through the air and six touchdowns. Junior running back Junior Perry has 275 yards and two touchdowns, while sophomore Jack Mertens has contributed 181 yards.

The Eagles enter Friday’s contest with a 3-1 record, with non-league victories over La Salle and Woodland. Hudson’s Bay beat Evergreen in their 3A GSHL opener.

Junior running back Marcus Cadiz leads the Hudson’s Bay offense with 545 yards on the ground and has recorded eight touchdowns. Senior quarterback Jordan Hickman has 368 yards passing and three touchdowns.

Friday’s game will kick off at 4:30 p.m. and concludes a three-game home stand for the Thunder. Mountain View will hit the road to take on Kelso and Fort Vancouver in the next two weeks before hosting Prairie and Evergreen to conclude the regular season.